What are the birthstones by month? January is garnet, February is amethyst, March is aquamarine, April is diamond, May is emerald, June is alexandrite, July is ruby, August is peridot, September is sapphire, October is tourmaline, November is citrine, December is topaz or tanzanite. Learn more about these popular gemstones. Where do the Birthstones Come From?

The birthstones we associate with certain months now are not necessarily the same ones as those used centuries ago. Originally, they related to the 12 gemstones appearing on the breastplate of the High Priest of the Isrealites described in the Book of Exodus.

Color was once the most important feature of a stone, which meant that there was no significant difference in meaning between a ruby and a garnet, for example.

The wearing of birthstones is thought to bring good luck, good health, and protection. Astrologers long ago attributed supernatural powers to certain gemstones. 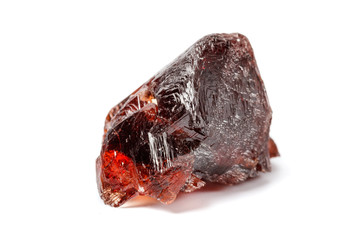 What’s in a Name: Derived from the Latin word for seed, granatum, the seed in the case of garnet is the red shade of a pomegranate seed.

Colors: Depending on the type of garnet, you can choose from red, purplish, green, yellow, and orange options. It is not uncommon to find large garnet crystals with vibrant hues and clear transparency.

Symbolism: Some believe that garnets are a protective stone, shielding the wearer from injury. Garnets represent goodwill, happiness, and purpose. Occasionally associated with life-giving blood, red-variety garnets are also connected to vitality, love, and light. 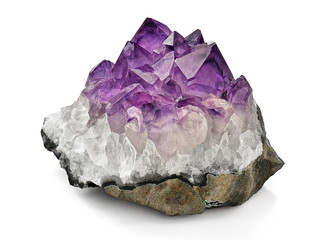 What’s in a Name: The word for sober in ancient Greek, amethustos, oddly enough inspired the word amethyst. While it sounds like the wordsmiths might have been drinking when they came up with this one, the term was actually based on the belief that an amethyst could prevent the person wearing it from becoming drunk.

Colors: Specifically a purple variety of quartz whose saturation may range from pale to vibrant. Generally speaking, vivid stones are more highly sought-after and valuable than paler ones.

Symbolism: As the color purple has long been connected with royalty, amethysts were favored by the ruling class. Also amethysts are thought to enhance creativity, passion and harmony. 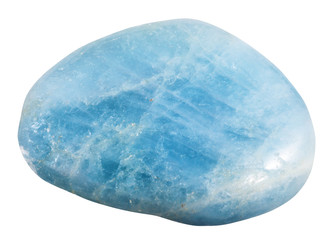 What’s in a Name: The name “aquamarine” comes from the Latin for “seawater”. The serenely colored aquamarine invokes the tranquility of the two Latin words that inspired its name: aqua for water and marina, for sea.

Colors: These stones can be found in both blue and blue/green hues. Aquamarine stones will always have light color saturation and tone so you will not see any dark blues or greens.

Symbolism: The gem is used as an aid for meditation and spirituality. It is supposed to provide a sense of calm and tranquility. Some associate aquamarines with marital happiness and superior intellect. 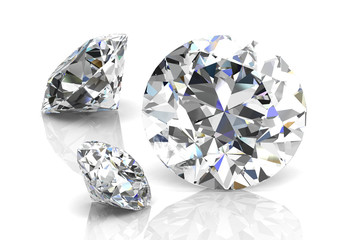 What’s in a Name: The Greek words adamas meaning unbreakable and diaphanus for transparent were merged together to form the term diamond.

Colors: While the vast majority of diamonds are colorless, they may express a full rainbow of fancy colors. From rare reds to deep blues to warm yellows, there is a fancy colored diamond for all preferences and occasions.

Symbolism: Diamonds are believed to bring a sense of radiance, energy and light to the soul. Due to their extreme hardness, overall durability, and undeniable beauty, diamonds are associated with strength and eternal love. Diamond is the most popular ring stone choice in the world. These gems are prized for their classic beauty and clarity, and diamond jewelry has become a status symbol. 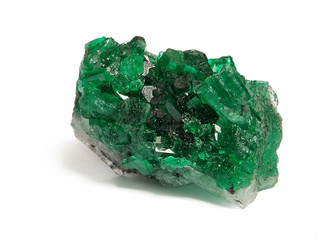 What’s in a Name: Unlike other gems, it is difficult to find the root of the word emerald in the Latin term for the gem smaragdus.

Some Places Where It’s Found: Colombia, Brazil, Afghanistan and Zambia

Colors: The best emeralds express an even, deep green. Some may have blue undertones. Emeralds are known to commonly include eye-visible inclusions. Generally speaking, the fewer the inclusions, the higher the value of the stone.

Symbolism: Emerald is believed to have many mystical powers. It is said to transform negativity into positive energy, security, harmony and spirituality. 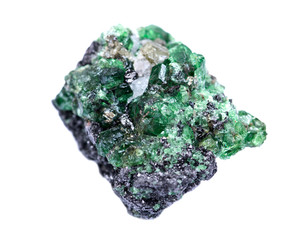 What’s in a Name: The name Alexandrite comes from the fact that the gemstone was first discovered in the emerald mines near the Tokovaya River in Russia’s Ural Mountains in 1830, on the day of Prince Alexander II of Russia’s birthday.

Colors: “Emerald by day, ruby by night,” alexandrite is well-known for displaying one of the most remarkable color changes in the gem world — When exposed to sunlight, high-quality alexandrite will take on a bluish-green color reminiscent of emeralds. At night, under incandescent lighting conditions, the gemstone will, instead, appear a purplish-red color akin to rubies.

Symbolism: Alexandrite is the gemstone of luck, prosperity, and intellect. It represents the balance between the physical and the spiritual, and can bring you into the balance of who you are. 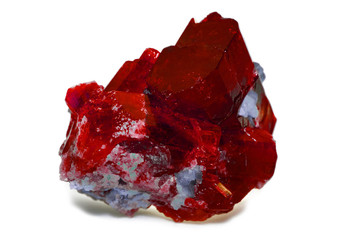 What’s in a Name: The name ruby comes from the Latin word for red, rubeus.

Colors: Rubies are a radiant red gemstone. Technically, rubies and sapphires are both corundum. Rubies are corundum gems that have a dominant red hue. However, you can find rubies with orange or pink undertones.

Symbolism: Rubies have been a symbol of passion, protection and prosperity since ancient times. The gem is believed to amplify energy, heighten awareness, promote courage and bring success in wealth, love and battle. 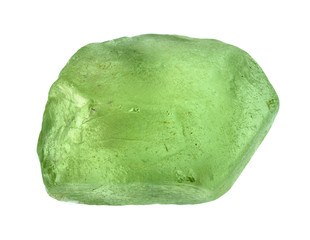 What’s in a Name: There is some debate about the origin of the term, but most believe it comes from the Greek word for giving plenty, peridona.

Colors: The green hue of some peridot may overlap with the green color displayed by emeralds. However, peridot often features a unique yellowish overtone not observed in emeralds. Some stones have a brownish appearance.

Symbolism: Peridot is believed to stimulate psychological clarity and inspire a sense of happiness, truth and understanding. Believers think it empowers one to take responsibility and make decisions, resulting in prosperity and good fortune. 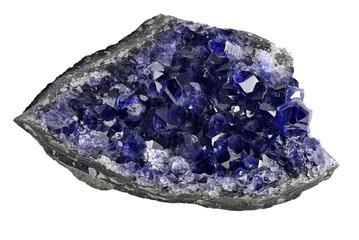 What’s in a Name: The name sapphire comes from the Latin sapphirus and Greek sappheiros. Both mean blue stone.

Colors: Like rubies, sapphires are corundum gems. They occur in a full rainbow variety of colors, except red. (Red corundum is ruby). Sapphires will be marketed according to their color, i.e., yellow sapphire or purple sapphire. However, the word “sapphire” on its own refers specifically to the blue variety.

Symbolism: Sapphires are a symbol of loyalty, nobility, sincerity and integrity. They are associated with focusing the mind, maintaining self-discipline and channeling higher powers. 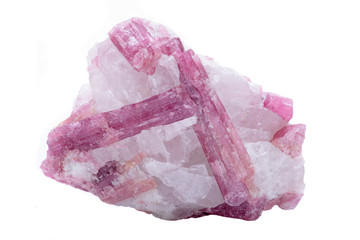 What’s in a Name: The name tourmaline comes from the Sinhalese words tura mali, which mean stone of mixed colors.

Colors: Tourmalines occur naturally in a wide range of colors. Some of these color varieties are known by trade names. Dark pink to red tourmalines are called “rubellites.” Neon-blue tourmalines known as “paraíbas” are highly prized. Unlike most other birthstones, tourmalines can even show zones of different colors in a single gem, like striking “watermelon tourmalines” with red, white, and green areas.

Symbolism: Tourmaline is believed to imbue a positive attitude, good luck and happiness. Tourmalines have also been credited with boosting creativity and are favored by artists and writers. Others wear them to soothe a broken heart. 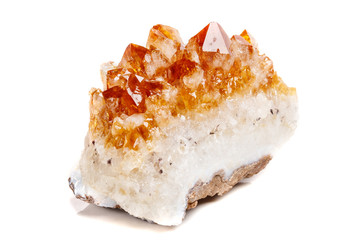 What’s in a Name: The name comes from the French word citron, meaning lemon.

Colors: Citrines are famous for their warm orange and yellow hues, perhaps with some hints of brown. A notable proportion of citrines on the market come out of the ground as unimpressive amethysts or smokey quartzes. These stones are subsequently heated to enhance the yellow and orange colors.

Symbolism: A cousin of amethyst, citrine is also part of the quartz family. Citrine is predominantly associated with healing and happiness. Believed to be powerful cleanser and regenerator, the gem also supposedly inspires self-improvement. 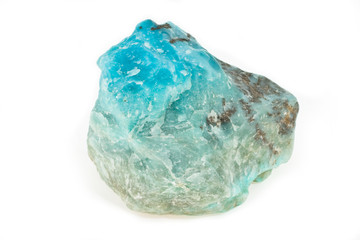 What’s in a Name: The name topaz derives from Topazios, the ancient Greek name for St. John’s Island in the Red Sea.

Colors: Pure topaz is colorless. Impurities tint the stone to a variety of colors like blue, pink, yellow and brown. Blue topaz are common and refered to by trade names such as “London Blue,” “Swiss Blue,” and “Sky Blue.” London Blues have a dark steel blue or grayish blue color. Swiss Blues show a highly saturated greenish blue. Sky Blues show pale blue colors and may somewhat resemble aquamarines in hue and tone.

Symbolism: Topaz is believed to strengthen faith and trust. A symbol of honor and strength, topaz was believed to bring longevity and wisdom 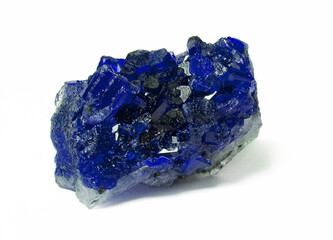 What’s in a Name: The name for tanzanite comes from Tanzania, the place where it was discovered in 1967.

Some Places Where it’s Found: Tanzania in East Africa is the only place the gem has ever been found.

Colors: Blue and violet tanzanites can also exhibit a slight color shift, depending on the light source.

Symbolism: The gemstone is believed to open up an awareness between how one lives and one could live more consciously. It is thought to help people recognize their strengths.